Commemoration of All Souls 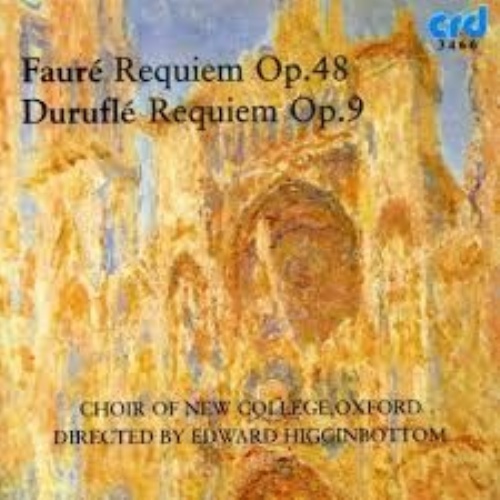 On Saturday 2nd November we marked All Souls Day at New College. Below, Daniel Tate, one of our Bass Lay Clerks, and Charles Maxtone-Smith, our Sub-Assistant Organist, reflect on the service:

This Saturday’s service marked a change from the regular Choral Evensong with our performance of the Requiem mass by Duruflé. This Eucharist for All Souls, when we commemorate the departed, is an opportunity to remember those special to us in a poignant setting. It is certainly not overselling it to say that Duruflé’s setting is one of the pinnacles of Church music from its era, drawing together direct quotations from the original plainsong melodies of the Roman Catholic tradition and the swirling, rich harmonic language of French Romanticism. The effect to the listener can be immersive.

However, to the singer, the context of performance is important: at 29 and one of the older members of the choir, I’ve had the fortune of performing this work many times in concert. However, no performance is as poignant and moving for me as when performing the Requiem as part of the Liturgy of All Souls. In fact, my first singing experience for an All Souls service was in my first term with New College Choir in Michaelmas Term 2012 - where we sang the Requiem by Duruflé. For me now seven years on, it is a reminder that we sing each day in New College Chapel as part of a greater collective of prayer and music across the world - long may it continue.

Over the weekend we celebrated All Soul’s Day, also known as the Commemoration of the Faithful Departed, a day on which we remember those who have passed away. This year’s Solemn Requiem Mass at New College featured Duruflé’s radiant setting of the Requiem, completed in 1947 and written in memory of Duruflé’s father. Originally written for full orchestra, the composer later made an organ reduction of the orchestral parts, which we performed on Saturday. Almost all the thematic material in the piece is derived from the Gregorian chant setting of the Requiem Mass. With its serene melodies and often adventurous harmonies, the work has earned its place as one of the greatest choral works of the 20th century.

I first came across the work several years ago, but Saturday was my first performance of the organ part. Learning the piece has not always been easy, especially its faster moments! However the challenge never seemed insurmountable since Duruflé’s organ writing is utterly idiomatic and highly accomplished throughout. The fiery reeds on the French-inspired Swell and the strong German choruses on the Great make the 1969 Grant, Degens & Bradbeer organ an excellent vehicle for this awe-inspiring work.