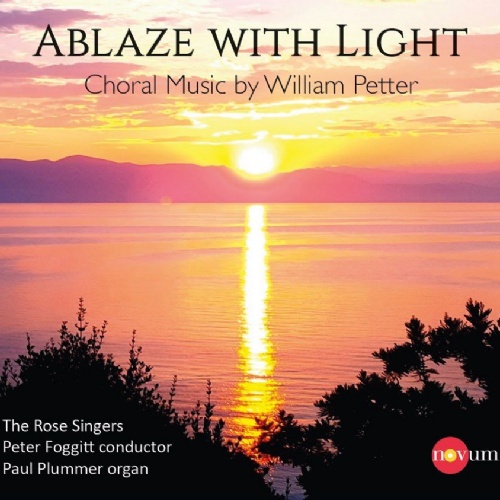 " This outstanding recording, made by singers who loved and respected him...makes an uplifting and poignant tribute "

William Petter was a Chorister with New College Choir, and thereafter maintained a long relationship with New College, its choir and its school. The compelling body of sacred choral works left at his death in October 2016, presented here, reveals a distinctive personal idiom influenced by a deep connection with the European choral tradition via his rigorous choral training, and his natural tendency towards romantic intensity and a deeply expressive performance style. The St. Magnus Mass for six unaccompanied voices calls to mind stylistic traits of Frank Martin, Walton and Kodály, and Leonard Bernstein; while the Vigil Mass places the plainsong Missa de Angelis alongside a richly-varied organ texture. The three motets show further aspects of the composer's aesthetic in writing both for large-scale choral forces and for a more intimate dynamic.

Recorded in the beautiful acoustic of the Chapel of the Royal Hospital, Chelsea, Ablaze with Light is performed by musicians who represent many of London and the UK's finest chamber choirs and vocal ensembles. All close friends of William, the choir was hand-picked by the composer, and the disc recorded just two weeks after his death. All proceeds from this recording will go to Sarcoma UK.

Please note this disc does not feature the Choir of New College Oxford.  All proceeds go to Sarcoma UK (https://sarcoma.org.uk/)