Poulenc and his French contemporaries 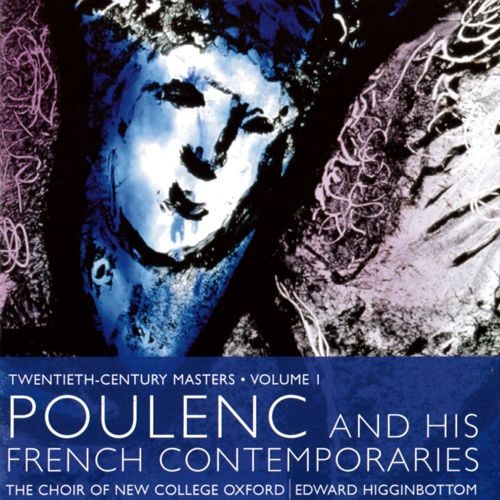 In 2006, Edward Higginbottom celebrated 30 years as Director of Music at New College Oxford. During his time there the New College Choir has achieved international recognition and produced over 70 recordings, many of them worldwide best sellers. This release is the first in a trio of CDs exploring 20th-century choral music, grouped thematically by country. The journey begins in France, where we find Poulenc exploring his religious side, not something often associated with the rebellious and often cheeky Parisian. But he did maintain a strong spiritual streak, remarking once that “he’s not as religious as he’d like to be.” His liturgical writing is deeply contemplative and affecting in its simplicity, yet now and again his witty side will emerge. He shares the disc with his contemporaries Messiaen – represented by his only motet O sacrum convivium – and Pierre Villette who had strong links with the English choral tradition. His ambitious six-part piece Attende Domine was dedicated to the choir of Worcester Cathedral.

"Throughout the disc Higginbottom draws exemplary clarity of texture from his New College choristers; the tantalizing, almost acidic harmonies of all these pieces are laid out like jewels ready for the closest of inspections ... Moments of beauty (and they come thick and fast) are deliciously understated ... for performances which are full of musical and artistic integrity and a real sense of involvement with the music, these from New College, Oxford are in a class of their own." - International Record Review

"There is much in the recital to give pleasure and edification..." - BBC Music Magazine

"The three works by Villette demonstrate the range and quality and the subtle radiance of his writing. O sacrum convivium!, Messiaen's only motet, is nearly five minutes of genuine bliss, typically sensuous and celestial, and close in feeling to his early organ music". - Gramophone, 2006

Buy from AmazonBuy from iTunesBuy from PRESTO buy direct from choir