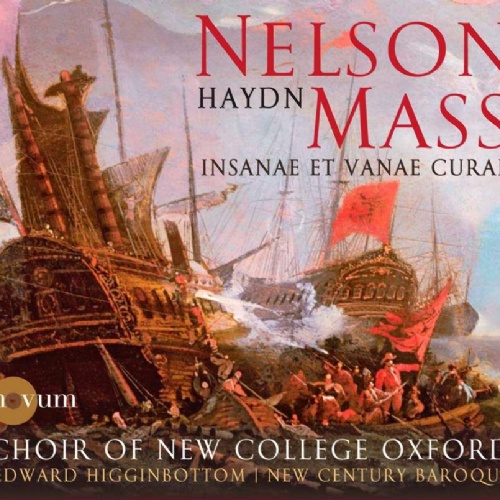 The scoring used in this new recording is Haydn's original primary-coloured orchestration for strings and trumpets.  This brings to the performance an arguably more characterful sound-world than when the woodwinds are employed (after the first edition by Breitkopf & Härtel).  In addition, we source the solo voices from the Choir, making the vocal ensemble fully cohesive with the chorus.  This makes complete sense for the alto, tenor and bass soloists, whose technical demands are no more exacting that the chorus parts.  But it raises questions for the soprano solo part, written for a singer of a very different cut.  Here, New College sticks to its belief in the capacity of boys (some boys at least) to measure up to the highest demands of vocal artistry.  You won't find another recording which so fully celebrates the capacity of a boys' choir to scale this particular summit.

The motet Insanae et vanae curae, contemporary with the Mass, and occupying the same dramatic world, is sung as an Offertory motet.  The scoring of the motet has been adapted to the scoring of the Mass: woodwinds have been excised and in their place the organ (as in the Nelson Mass) provides the figurations otherwise lost.