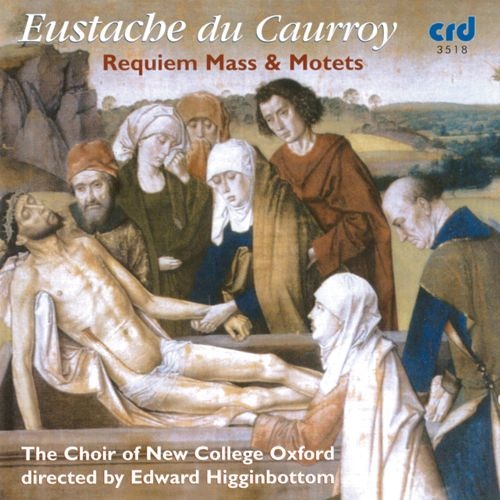 Eustache du Caurroy is one of the unacknowledged masters of French Renaissaice polyphony whose works are rarely performed, due in part to the general lack of accessible or reliable editions. The majority of his compositions were for liturgical use - probably at the French Royal Court during the reigns of the successive monarchs Charles IX, Henri III and Henri IV. The motets recorded here illustrate two contrasting styles of vocal writing: imitative polyphony and 'musique mesurée', the former equating to the familiar, pan-European idiom of Palestrina and his later Renaissance contemporaries, the latter outlining protracted chord-against chord movement reflecting the natural stress-patterns of the words. The Missa pro Defunctis, the major work on this disc, was first performed at the funeral of Henri IV and remained for many years the official requiem sung at funerals of French monarchs.

Buy from AmazonBuy from iTunesBuy from Presto