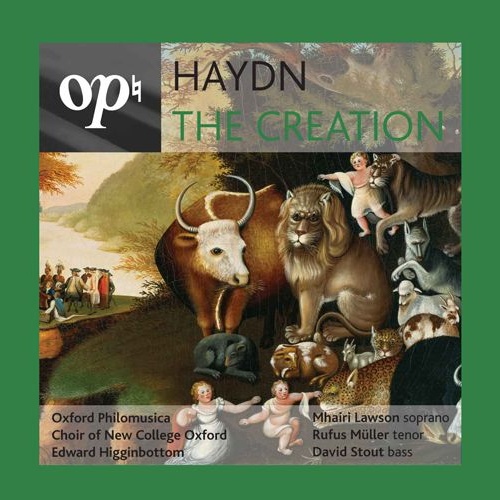 The Creation may be embraced by all who love the natural world, of whatever persuasion: Creationist, Darwinian, or something in between. Haydn wrote the oratorio during the years 1796 and 1798. The libretto – a kaleidoscope of landscape, flora and fauna (including man) – was perfectly adapted to his imagination, as vivid in his mid-sixties as it had been in his twenties. In terms of time and place, the work stands at a turning point in European thought, where the Enlightenment gives way to Romanticism, and man’s understanding of and relationship with Nature becomes a preoccupation.

The vocal material used in the recording is based on nineteenth-century English editions arising out of the early performance history of the work in England. The work happily adapts to a moderately-sized orchestra and a College Choir, large enough for an uplifting tutti, small enough to personalise detail.

"...the New College choristers supply expert delivery of the text as well as definition and clarity. There’s no lack of weight, either, for the big moments, such as the sudden burst of brilliance as the word ‘light’ in the opening chorus... ...conductor Edward Higginbottom combines an essential energy with an eye for detail. It’s a work that has done very well on disc, and if Paul McCreesh’s version on Archiv still holds the palm for recent English language versions, this excellent newcomer is a fine alternative. " - BBC Music Magazine, December 2008