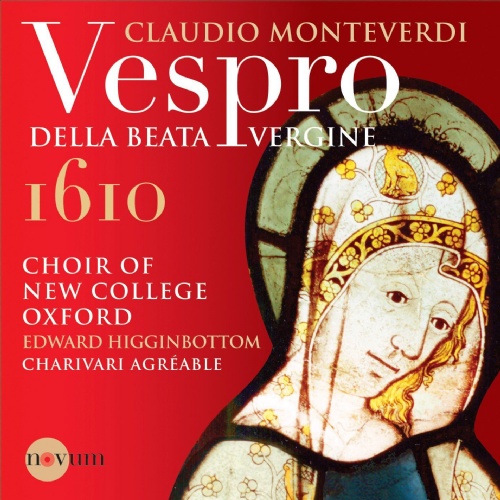 "[This is] the most striking of the four recordings which have been released since I last considered the Vespers for 'Building a Library' back in 2007. Edward Higginbottom draws wonderfully elegant and naturally expressive singing from his choir at New College, Oxford. This is the New College sound, and it serves the music very well indeed. The instrumental playing from the Oxford-based Charivari Agréable is, frankly, gorgeous ... It seems astonishing that this brand new release – the first on the New College label – comes at mid price. And time and again I find myself coming back to this recording for its natural, unforced elegance and its finely controlled instrumental playing." -Simon Heighes, BBC Building a Library, Dec 2010

Buy from PRESTO Buy from iTunesBuy from Blackwells